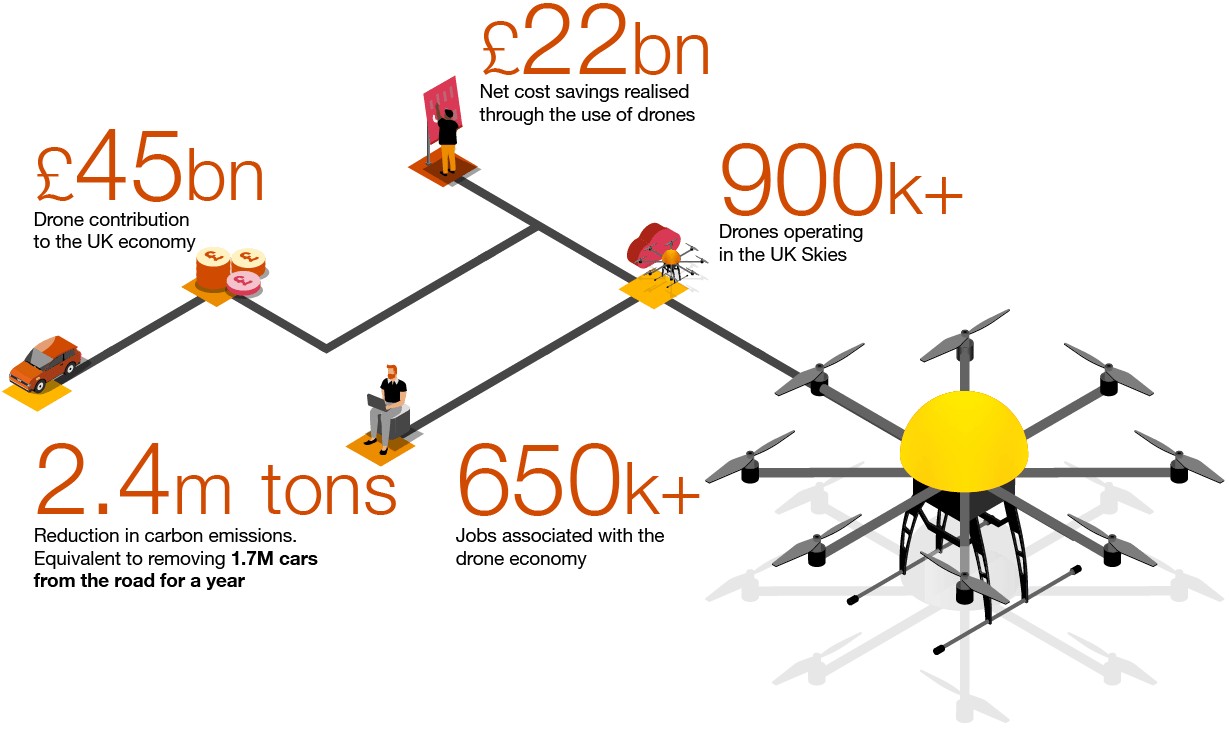 Posted at 10:05h in Uncategorized by Amanda

If you are interested in the potential impact of drones on the UK economy then look no further than the PwC Skies Without Limits v2.0 report, which concludes that drones could contribute up to £45bn by 2030. It features sees.ai as one of 13 start-ups and forward-thinking entities who are driving innovation and change across the UK drone sector – alongside high-profile entities such as Cyberhawk, Manna and Maritime and Coastguard Agency.

PWC’s 2018 report “Skies Without Limits” (SWL1) described the potential for commercial drones to positively impact the UK economy. Four years on, and in collaboration with the Department for Business, Energy and Industrial Strategy (BEIS) and Department for Transport (DfT), United Kingdom, PWC has revisited the report, publishing it in support of the Government’s Drone Ambition Statement.

The report uses a similar “best case” drone adoption curve to the SWL1 report and, noting that many challenges must be addressed to unlock this potential, estimates that, by 2030:-

The report describes the challenges that must be addressed to unlock the UK’s drone potential, including perception, drone implementation, technology, legislation/regulation and skills – all of which we are working hard to address in collaboration with our peers across industry and Government.