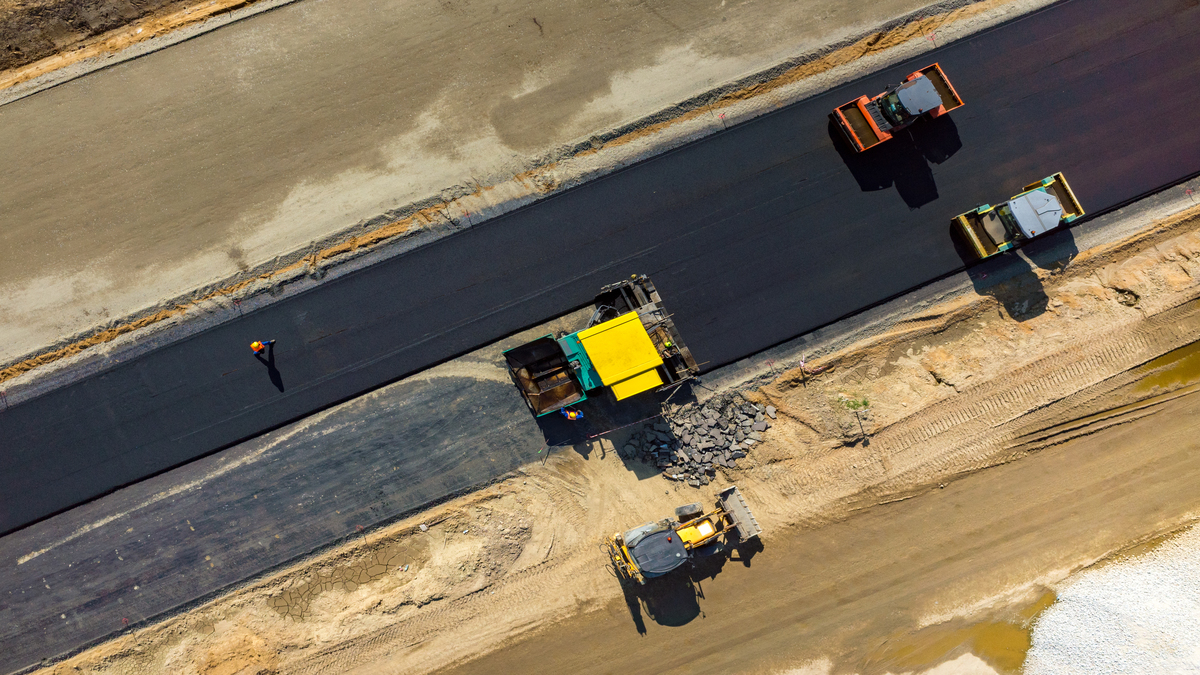 Posted at 07:28h in Uncategorized by Amanda

Industries really don’t come any more mission-critical than infrastructure. Indeed, it is estimated that an average of $3.3 trillion in annual infrastructure investment is needed just to support current global growth rates. However, in the UK our rich history of successful infrastructure project delivery risks being overshadowed by the delays, cost-overruns, and in some cases policy reviews, of some long running national schemes.

Hence it was encouraging to see the launch of the UK’s National Infrastructure Strategy back in November, which highlighted the Government’s desire to end these issues and better embrace new technology as a means of preventing the infuriating delays to our nation’s construction and delivery efforts.

While the UK has now committed to investing £29bn in our road network and £48bn in our rail network, amongst many other proposed infrastructure programmes and policies, these projects will have to be achieved against a backdrop of labour decline, ongoing health and safety concerns, and the continued impact of Covid-19.

As was ever the case, the bigger the project, the greater the risk. On £1bn+ projects, unforeseen issues can equate to losses of hundreds of millions of pounds. For UK plc, achieving the nuts and bolts of successful infrastructure project delivery in these conditions – conducting site surveys, creating blueprints and project plans, carrying out inspections, monitoring and structural assessments, or responding to security or safety incidents – looks far from straightforward.

We cannot rely upon humans for real-time project data at scale
Whether you’re involved in a major infrastructure construction project or you’re tasked with the ongoing maintenance of the infrastructure once operational, ensuring real-time control of operations requires real-time data. You cannot act on an issue until you’re aware that it exists. If data is being collected by on-the-ground personnel patrolling vast sites and carrying out laborious manual inspections, you run the risk of time lags, exacerbated problems, excessive costs and a fundamental question of scale – providing the necessary human power to do a decent job, 24/7/365.  Such tasks are difficult even on moderately sized construction sites. When it comes to significant infrastructure, it becomes nigh on impossible, which is why new technology approaches must be implemented alongside any future infrastructure investment programmes. In particular, the UK needs to embrace the value of digitisation, robotics and remote work tools. One particularly useful robot is the drone, which is capable of generating aerial intelligence at pace and scale.  Unmanned Aerial Vehicles (UAVs) can provide and vital data far more quickly, and even cast a light on site area and potential problems that were previously unviewable.

UAVs combine agility and responsiveness with a unique ability to record vast amounts of aerial intelligence – from greatly enhanced imagery, mapping and visualisations to easy inspection of dangerous areas without risk to human inspectors. For example, during construction drones can carry out site surveys up to 400 times quicker than by traditional methods offering extensive cost savings.

Skanska is pioneering the use of drones
Skanska, Atkins, and Skanska Costain and STRABAG, in partnership with HS2, are playing a vital role in testing drone systems on construction sites and railways over the coming months. The companies are preparing to trial remotely operated drone systems on their sites, to facilitate better and faster exchange of information between offsite and onsite teams; to help increase productivity and health & safety of onsite workers; and reduce the number of visits to site overall.

Their forward looking embrace of new technologies is indicative of a wider industry trend, the results of which have been reflected in December’s Construction PMI numbers, which were reassuring. The momentum maintained by the construction industry in the face of this pandemic is in no small part due to the sector’s willingness to harness digitisation and remote operations using emerging technology.

Agreeing a framework for safe drone usage
Alongside the technology itself, and the willingness of industry leaders to engage, we must also evolve our regulation to safely accommodate these pioneering practices. Right now conventional drone services are subject to stringent visual line of sight (VLOS) regulations, meaning a drone pilot must be on site, keeping the drone in full view at all times. Unfortunately, on a major infrastructure project this replaces one type of human scalability problem with another, as there simply aren’t enough drone pilots available to do the work – particularly given the additional on-site safety and resourcing challenges currently being caused by Covid-19.

So while many construction and civil engineering businesses recognise the obvious value in aerial intelligence, few have been able to access it to best advantage. The regulatory environment is progressing  so that these companies can achieve their potential in aiding the UK’s economic recovery. The Civil Aviation Authority (CAA) has been tasked by the Department for Business, Innovation and Skills (BEIS) to accelerate exploration and broadening of the current scope, with a view to agreeing upon a routine, safe means of flying drones Beyond Visual Line of Sight (BVLOS) in congested, urban environments and industrial sites.

Realising these ambitions and giving the UK the infrastructure it needs to support future growth requires greater use of commercial drones on-site: to accelerate remote inspection and monitoring, to enable site workers to work in smaller teams, or even alone, without risking their health and safety; and to give all project workers the real-time data and insights they need to make better decisions at an earlier stage.